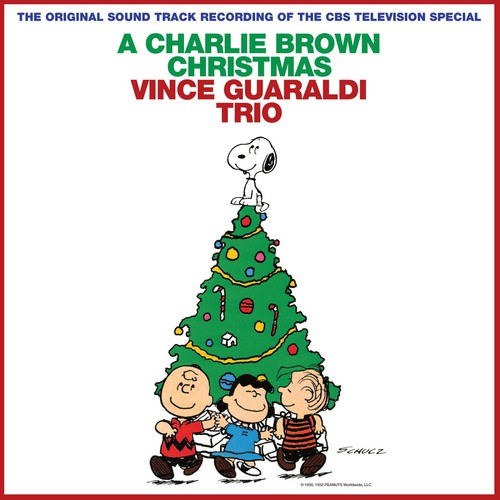 Ever since its debut in 1965, the Vince Guaraldi Trio s album A Charlie Brown Christmas has reigned as a Yuletide classic. The beloved Peanuts animated special from which it sprang was a sensation the first time it aired on CBS-TV, and so was its cool soundtrack by the veteran Bay Area pianist, which introduced countless children to the joys of jazz.

Buoyed by annual airings of the program, the album has remained extremely popular ever since. A 1987 reissue went platinum as it sailed to No. 9 on Billboard s pop album charts, an amazing achievement for any holiday collection, much less one more than two decades old at the time.

Set for release on October 22, 2013 in a deal with Peanuts Worldwide, the remastered and expanded CD edition of A Charlie Brown Christmas is the perfect gift for any dedicated Peanuts fan. Along with Guaraldi s classic original album (rendered in crystal-clear 24-bit stereo from the original analog tapes), this reissue contains three bonus tracks ( Greensleeves, Great Pumpkin Waltz, and Thanksgiving Theme ) and a 20-page booklet filled with iconic images from the program and in-depth liner notes by Guaraldi historian Derrick Bang, author of Vince Guaraldi at the Piano. But what really sets this edition of A Charlie Brown Christmas apart from its predecessors is its deluxe packaging. It s called the Snoopy Doghouse Edition as the disc is housed in a customized sleeve that folds out to form a replica of Snoopy s colorfully decorated domicile and comes with cut-out replicas of the Peanuts gang Linus, Lucy, Snoopy, and Charlie Brown himself with stands for each figure so the entire package can sit beneath the tree while A Charlie Brown Christmas spins on the CD player. What better way to merrily celebrate the holidays?