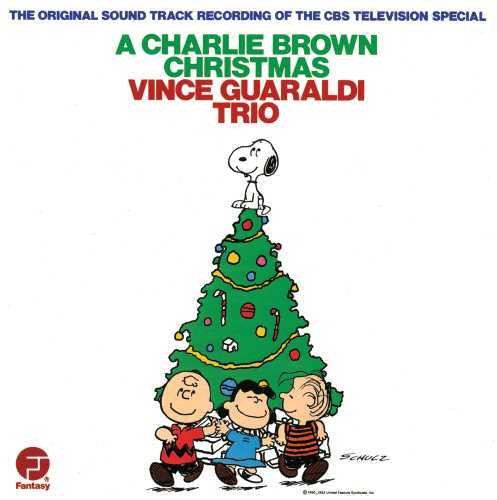 Limited 180gm vinyl LP pressing. A Charlie Brown Christmas is a 1965 studio album by American composer/conductor Vince Guaraldi. The album was released in December 1965 in the United States by Fantasy Records. It is the soundtrack to the CBS Christmas television special of the same name. Guaraldi was contacted by television producer Lee Mendelson several years prior to compose music for a documentary on the comic strip Peanuts and it's creator, Charles M. Schulz. A Charlie Brown Christmas features several originals ("Christmas Time Is Here", "Linus and Lucy") as well as covers of well-known Christmas songs ("The Christmas Song", "O Tannenbaum"). The score for the special was largely cut at recording sessions at Glendale, California's Whitney Studio. Much of this material was re-recorded by Guaraldi at three sessions later in the year at Fantasy Recording Studios in San Francisco, alongside a choir of children culled from St. Paul's Episcopal Church in nearby San Rafael. Released a week prior to the broadcast premiere of the special, A Charlie Brown Christmas sold well, and became increasingly famous in the ensuing decades. It is among the most popular Christmas albums in the United States, where it has been certified Quadruple Platinum, having shipped at least four million copies.
back to top