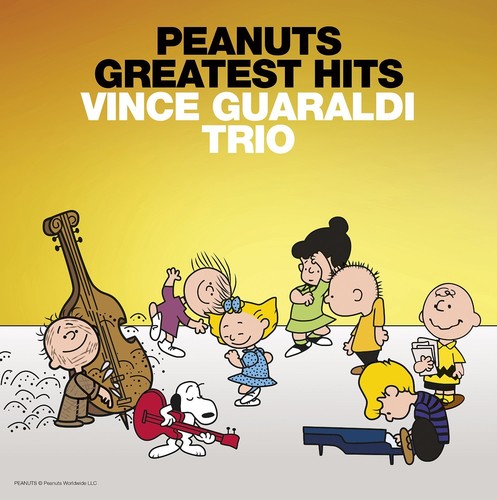 All new for 2015! PEANUTS Greatest Hits features 12 of the most memorable recordings from the beloved animated PEANUTS television specials, all with the sophisticated, yet accessible jazz stylings of the Vince Guaraldi Trio. PEANUTS Greatest Hits includes such favorites as the instantly recognizable 'Linus and Lucy,' the 'Charlie Brown Theme' from A Boy Named Charlie Brown, the festive 'Christmas Is Coming' from A Charlie Brown Christmas, as well as the humorous 'Little Birdie,' which features vocals by Vince Guaraldi himself! PEANUTS Greatest Hits includes new liner notes by Derrick Bang, PEANUTS historian and author of 2012's Vince Guaraldi at the Piano [McFarland Press], who proclaims that, 'Guaraldi's themes and the animated Peanuts gang remain a genius blend of music and image.'
back to top