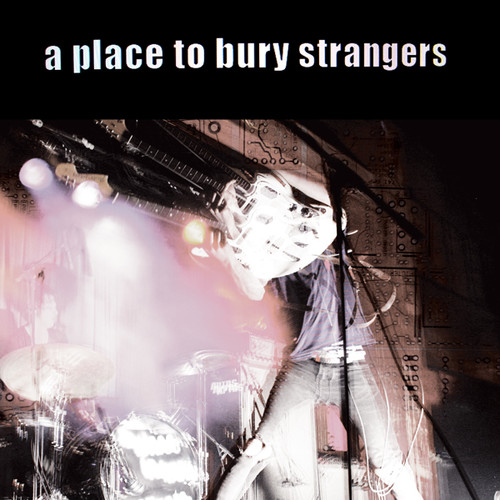 2018 repress; Pressed on glow-in-the-dark vinyl. Big Bill's Blues Vinyl version of the A Place To Bury Strangers ' break-out self-titled release, originally released on CD in 2007. A Place To Bury Strangers have often been called "the loudest band in New York." This may very well be the case, but unlike much so-called "loud" rock and roll that's out there, APTBS is not loud simply for the sake of it. The sonically overdriven sound they've accomplished is no clumsy accident, but a carefully-cultivated and well-maintained entity all it's own, fostered by an unbridled passion that's clearly evident in every live show they play and each recording they make. A Place To Bury Strangers does not so much play songs as allow them to pour out. They are songs about longing, heartbreak and confusion played extremely well and at a passionately loud volume. While there are obvious reference points: Pornography -era Cure, early Ride, My Bloody Valentine, and pre-1990s Jesus And Mary Chain, the sound is all their own. On it's original release, A Place to Bury Strangers was named "Best New Music" by Pitchfork, who awarded the album an 8.4 rating.
back to top