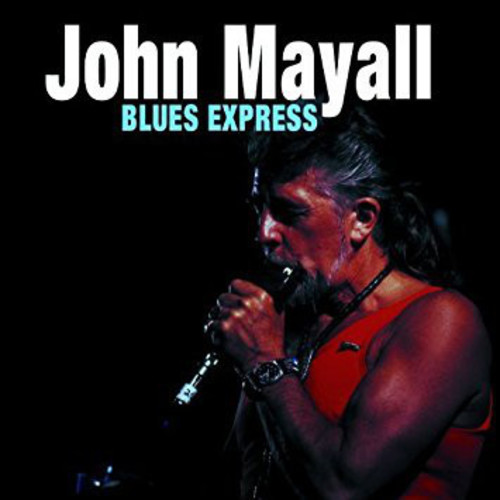 John Mayall, OBE (born 29 November 1933) is an English blues singer, guitarist, organist and songwriter, whose musical career spans over fifty years. In the 1960s, he was the founder of John Mayall & the Bluesbreakers, a band which has counted among it's members some of the most famous blues and blues rock musicians. They include Eric Clapton, Peter Green, Jack Bruce, John McVie, Mick Fleetwood, Mick Taylor, Don "Sugarcane" Harris, Harvey Mandel, Larry Taylor, Aynsley Dunbar, Hughie Flint, Jon Hiseman, Dick Heckstall-Smith, Andy Fraser, Johnny Almond, Walter Trout, Coco Montoya and Buddy Whittington. The seven concerts from which these recordings are taken span just ten years (1972-82) in John Mayall's forty-years-plus-and-still-going-strong career. Musically, though, what you have here are brilliant performances which resonate with virtually all stages of his remarkable journey as a band leader, multi-instrumentalist, songwriter and blues crusader on both sides of the Atlantic. There's a 1982 Bluesbreakers' reunion featuring Mick Taylor and John McVie; and there are also jazz soloists from the lineup that produced what Melody Maker then regarded as John's finest album to date - 1972's Jazz-Blues Fusion. In effect, the music on this CD takes you anywhere from the Flamingo club to Fillmore East and West.